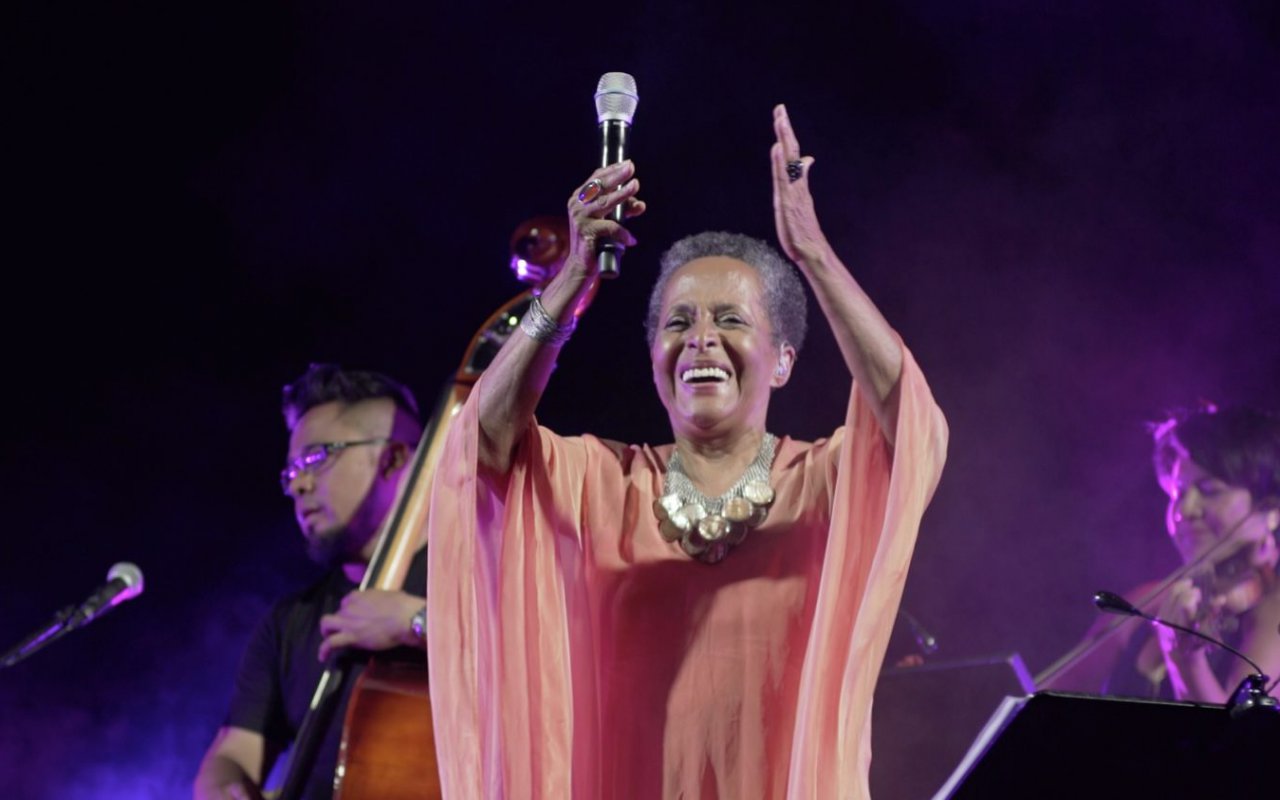 It was by traveling around the world that Susana Baca was able to gain recognition in her country. The Peruvian singer interprets a repertoire previously unknown to Peru: that of the descendants of African slaves.

His discs, recorded for the label of David Byrne, singer of the Talking Heads, broke down many barriers. It must be said that the majestic, sober and sensitive song of Susana is capable of melting the glaciers of the Andes! Meeting with a great lady, on the occasion of the release of her album “Espiritu vivo”. She has been rocked by music since childhood. “I didn’t learn music, it was already part of my world before I was born”.

During your tours, do you take the time to wander the streets of the place where you play?

“No, I don’t have much time. Sometimes we just have a free morning to wander the streets and watch how people live. I mainly travel for work. And I travel so, so much, that for me vacation means staying at home! There is something I would like to do every time: go to the markets. Not supermarkets! But markets or fairs where you find farmers selling their own products – you don’t find many in Paris! I like to see what fruits and vegetables are growing in each place I go. »

You spend a lot of time giving concerts all over the world. You must meet a lot of musicians…

“Yes, as we often play at festivals, we share a lot with other musicians, especially when we arrive a day early. This is how we really discover the artists who are on the same bill as us and how certain projects can be born. But, unfortunately, after the concert, we have to leave very quickly. »

It must be frustrating…

“Clarro! Because you miss artists you want to know. Once, in Nice, we couldn’t see BB King. He passed the next day and we were gone! »

As a Peruvian, how do you view European or North American lifestyles?

“Most of the time, I only have contact with people when I give away my music. I don’t have enough time to accurately grasp their way of life, to understand how they feel about things. But, having said that, France is one of the countries I know best, along with Germany, because I’ve been coming here regularly for six years. To answer the question, I think it would be good to take the good things from both sides. What Latin Americans should embrace is punctuality! With us, it’s “tomorrow, tomorrow” and nothing happens! With you, the word given is more respected. It is a commitment. We can forget: “We will go after…”. It’s joy, time passes (laughs). Conversely, you are very tough. People don’t matter. What matters, is that the work they provide is excellent. If we have the impression that another can do better, we break the human relationship, we throw the person away like a disposable product. It pities me, it hurts me. We’re more sentimental, we can’t push someone away like that. Every human being has something rich to give away from work. ”

What is your fondest travel memory?

“It’s hard to say, because I’ve known many, many incredible places… When I sang in Arles, it was very intense. It is a city that has history and mystery at the same time. The music, the starry sky in the Roman ruins: it was so beautiful that it was very moving. I’m sorry I haven’t been back there yet. ”

“Recently, in Dublin, when, on stage, a technician incorrectly connected the device which allows me to have a good feedback on stage. He jumped: I cried, cried! (laughs). I wanted it, because it had been given to me by David Byrne. »

Aren’t you tired of traveling so much?

“Yes, sometimes I feel sad. I think of my house, my bed and my dog! (laughs). Sometimes I count the days, and even the hours, that bring me closer to my return. I love my job: if I had to stop performing and singing, I would suffer a lot. But that’s how it is, I have no choice. Having said that, the good thing is that I have friends all over the world and I’m very happy to find them during my tours. When I’m in Peru, I also sometimes say to myself: “Ah, those friends over there, I miss them. “Fortunately, emails help maintain the bond. It feels good. ”

Do you think world music has a lot to lose by mixing?

“We live in an era that allows us to constantly listen to music from elsewhere. It’s the era of communication, isn’t it? (Laughs.) I believe that the musician must be supported by his own roots. Under these conditions, wherever he comes from, if he plays rock, jazz or something else, he can succeed in his project. ”

Speaking of which, you once said you wanted to take a trip back to your roots. What about?

“When you are African in America, it implies that you recognize the path back to your roots at some point in your life. Mine are in Andalusia and Africa. Andalusia, first, because there were already Africans there even before the Spaniards went to America. What we still deny today in this region (laughs). Yet, many historians have done serious work that proves this fact. I would love to go on this journey in reality, but, in fact, I have already started it through music. Listening to old and new music from Andalusia, and also African music from all over – because we Africans in America cannot know precisely where this part of our roots is. However, by making associations, one can get an idea of ​​the provenance of Afro-Peruvian rhythms. ”