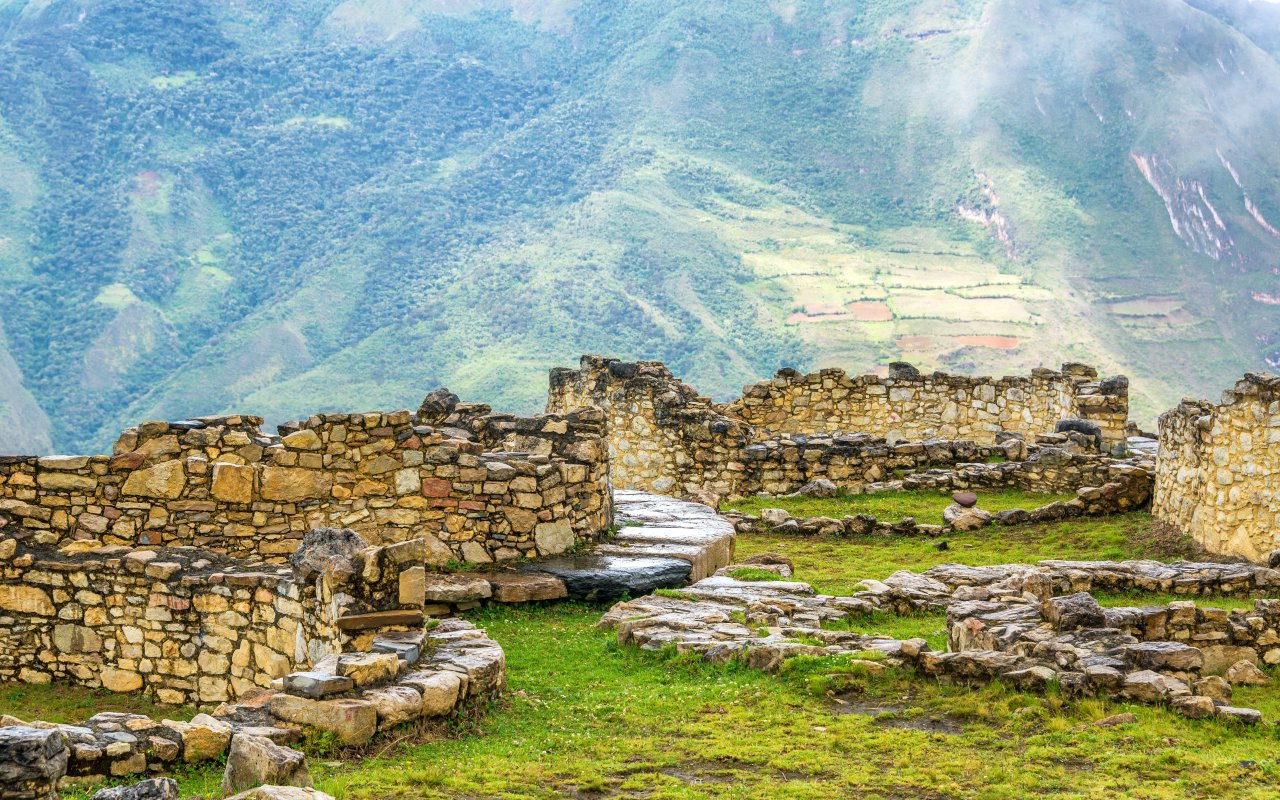 Who are the Chachapoyas?

If the  Chachapoyas were called by the  Incas  “the men of the clouds”, it is because their territory was located in the mountains which overhang the tropical forests and their perpetual mists.

Of this mysterious person who is the  Chachapoyas, some say that they were white men, with light eyes, with red or blond hair, and tall. This similarity with European peoples decided Hans Giffhorn, a famous German archaeologist, to carry out genetic analyzes on the descendants of the  Chachapoyas. These revealed that they would have genes similar to those of the inhabitants of Carthage, in North Africa. This circulates the idea among a certain number of archaeologists that peoples of Antiquity would have “discovered” the American continent long before Christopher Columbus. But these genetic similarities do not constitute sufficient proof, this hypothesis is controversial and is not unanimous among archaeologists.
As too often in  South America, the sources of information concerning the Indian peoples came from the Spanish conquistadors or the Incas. Virtually no sources came from the  Chachapoyas themselves, while their culture was still very much alive when the Europeans arrived. Thus, what we know today comes mainly from archaeological studies of their temples and from the testimonies of a handful of Spanish chroniclers. Hence so many gaps, hence so many mysteries.

They built their cities thousands of meters above sea level, in the most inaccessible places and fiercely defended their territory. It is even said that intruders who dared to venture onto their lands were executed.
The Incas colonized their territory with difficulty, the  Chachapoyas showing an intense resistance against the invaders of  Cuzco. Even after their defeat – a year of fierce fighting – and integration into the Inca Empire, they continued to rebel regularly. When the Spaniards arrived, the Chachapoyas rebellion continued and  Pizarro had the idea of ​​joining forces with their warriors to conquer  Peru .. Hernán Cortés in Mexico also used exactly the same strategy: to ally with the Indian peoples opposed to the Aztec hegemony.
Very superstitious, the  Chachapoyas never descended into the lowlands because they believed that demons dwelt there. They worshiped the condor and evoked the constellation Leo to protect them from wild animals. They also worshiped a star, Chuquiquincay, where their gods dwelt.

The architects of the void

Their temples defied all logic, erected in valleys steeper than each other. They paid a singular cult to death and the mummification of their deceased was common. Out of respect for their dead, they placed the mummies, in precarious balance, on the sides of the steepest mountains, which allowed the deceased to watch over the valley below. Many archaeologists have thus considered them to be the architects of the void.
The  Chachapoyas disappeared from the face of the Earth a few decades after the arrival of the Spaniards. Once their culture disappeared, the sarcophagi were no longer protected. The vast majority have been destroyed by grave robbers in search of ancient riches.

The remains of the Chachapoyas

They, therefore, left us many monuments, the most emblematic of which is certainly the fortress of  Kuelap, a real architectural feat perched at more than 3000 meters. Kuelap really interested archaeologists from the 1930s when locals all knew of its existence. Its construction dates from the 10th century and is considered by the inhabitants of the region to be ”  Machu Picchu “. ” North. Its construction is more than impressive: it is surrounded by a wall 20 meters high and 600 meters long, inside which there are more than 500 dwellings. According to some archaeologists, this enclosure is made up of three times more stones than the pyramid of Cheops and its construction is just as mysterious: where does such a quantity of stones come from?
But the isolation of this forgotten civilization enabled archaeologists to discover dozens of extremely well-preserved sarcophagi in 2013. And a new mystery arises: these sarcophagi built of clay and wood, with a round structure, each adorned with a disproportionate human head, strangely resemble the Moai, the mythical statues of Easter Island.

Thanks also to their isolation, an expedition to the  Amazon rainforest led by a Peruvian researcher, Alvaro Rocha, discovered in 2003 the funerary complex of Sholón, made up of mausoleums more than 10 meters high inside which were found, in addition to mummies, textiles of great value.
Thus, despite the peculiarity of their remains, the  Chachapoyas is still a mystery to archaeologists. “Unlike other Andean peoples, they are a fairly recent subject of study, and our information remains very fragmented”, explains Sonia Guillén, director of the Centro Mallqui, national center for research on the  Chachapoyas. New sites are regularly discovered, others are no doubt still hidden… above the clouds.